The Greatest Salesman in the World tells a story that takes place at about the time of Jesus, and the story alludes to several well-known stories from the bible.  For those who may not be familiar with the bible's New Testament, here are some of the stories that the author alludes to. 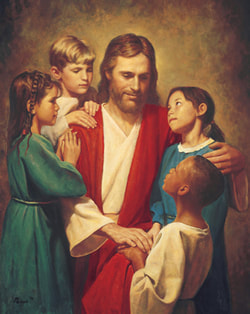 In traditional Christian art, Jesus is often depicted wearing a red robe. Actually, we don't really know if Jesus ever wore a red robe, but for symbolic reasons, many artists have imagined that his robe (or coat)  was red.

The Birth of Jesus 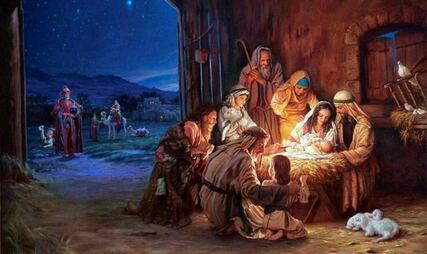 Jesus was probably born in a cave or a stable.
In The Greatest Salesman in the World, a successful merchant called Pathros instructs his camel boy, Hafid, to sell a red robe for him. But instead of selling the robe, Hafid ends up giving the robe away to a young couple he finds in a cave in Bethlehem. The woman has just given birth to a baby, and the baby is sleeping in a manger.

In an act of kindness, Hafid wraps the red robe around the couple's newborn baby. Can you guess who that baby might be?

The Star of Bethlehem 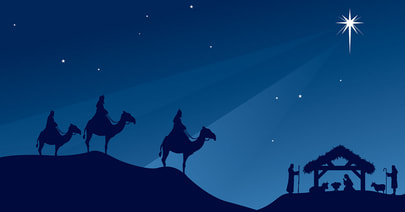 A bright star appeared over Bethlehem at the time of Jesus's birth. The appearance of this star convinced certain "Wise Men" that a "King of the Jews" had been born.

In The Greatest Salesman in the World, the appearance of the star convinces Pathros, the merchant, that "some extraordinary event" has taken place in Bethlehem.

The Crucifixion of Jesus

Roman soldiers gamble for the clothes of Jesus.
Jesus grew up and became a wandering preacher. Although many people loved him, there were others who feared that Jesus might instigate a rebellion, and eventually the Roman governor, Pontius Pilate, condemned Jesus to death. Jesus was taken to a hill outside Jerusalem, where Roman soldiers crucified him (nailed him to a cross).

As Jesus was dying on the cross, Roman soldiers divided up his clothes, and they "cast lots" (rolled dice) to see who would get his coat. 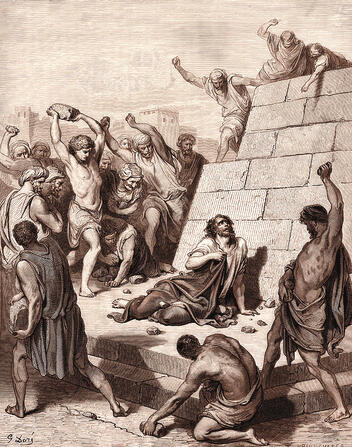 The Stoning of Saint Stephen
After Jesus died, some of his followers became convinced that Jesus had been more than just a teacher or a prophet: Jesus, they said, had risen from the dead; he was the "Son of God", a Messiah who had come to earth in order to save humankind. The followers of this new religion called themselves "Christians".

Traditional Jews thought the Christians both misguided and dangerous, and they persecuted them without mercy. Many Christians were beaten, imprisoned, or killed.

The first Christian who was martyred (killed for his religious beliefs) was a man called Stephen. One day, as Stephen was preaching near the gates of Jerusalem, an angry crowd began throwing stones at him, killing him. 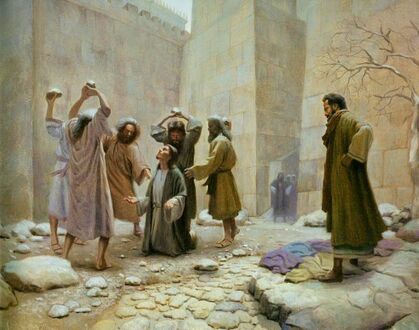 Saul watching over the coats of the men who are stoning Saint Stephen.
There is a small detail about the story of Stephen that is important:

Before they stoned Stephen to death, the men in the crowd took off their coats and laid them at the feet of a man called Saul of Tarsus. Saul was a pious (devoutly religious) Jew, and he hated the Christians as much as anyone. He thoroughly approved of the execution of Stephen.

​Presumably, the men laid their coats at Saul's feet for safekeeping; they may have been worried that someone might try to steal their coats. ​

The Conversion of Saul 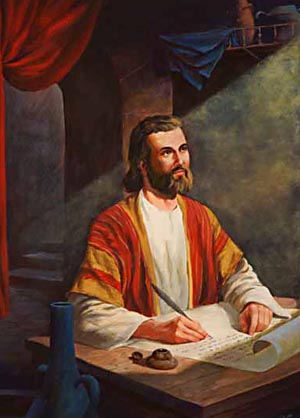 More than anyone else, Paul is credited with spreading Christianity throughout the Roman Empire. Today, he is known as Saint Paul.
Proudly powered by Weebly